Role of Nurses in Suicide Prevention 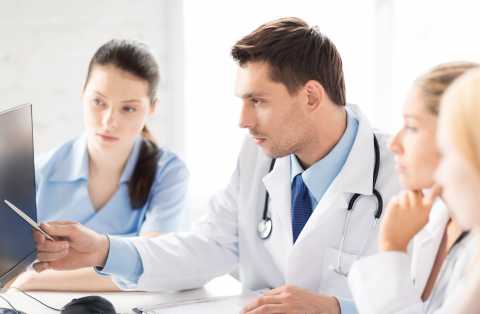 Whether you are a travel nurse or a staff nurse, and regardless of your specialty, you probably focus on treating acute or chronic physical conditions. Medical practitioners evaluate symptoms, make diagnoses and develop treatment plans to heal patients from physical disease or trauma. However, there is a leading cause of death in the U.S. that presents a particularly troubling challenge -- in part because of the social stigma surrounding it and because of its mental and emotional component: suicide.

In the past 15 years, the rate of suicide in the US has risen in 49 out of 50 states. The Centers for Disease Control and Prevention recently reported that almost 45,000 Americans died from suicide in 2016. Consider also those individuals who plan suicide but do not follow through, those who have thoughts of suicide, and those who attempt suicide, and the numbers are in the millions. It is one of only three causes of death in the U.S. that is on the rise. The projected cost of suicide in combined medical and work loss was estimated to be $34.6 billion in 2012.

There are many conditions and circumstances that contribute to suicidal behaviors, with the most prevalent being depression. Alcohol dependence and substance abuse are also often associated with suicidal thoughts and behaviors. However, researchers have found that more than half of people who died by suicide had not been formally diagnosed with a mental health condition.

The highest rate of suicide occurs in individuals aged 45 to 54. Males have three times the risk of completed suicide than females, though females have more suicidal thoughts and attempts. Other high-risk factors include being single or living in a rural community. The most common means of death is by firearm. Access to and consideration of lethal means -- such as guns, drug overdose, tall bridges or buildings -- is also correlated with higher risk.

Suicide is generally the end result of a process that has evolved over many years. Suicide risk is evaluated on a continuum -- from those who have thoughts about suicide but also report that they have reasons to live, to those who have conceived a plan to take their own life. Screening involves identification of individuals at risk for suicide and referring them to the appropriate resource. All healthcare providers, including nurses, need to recognize the importance of suicide screening, especially in units like the Emergency Room and Psychiatric.

One of the most important factors in suicide prevention is developing a relationship with the patient. It often starts with expressing concern about the patient's affect and any behaviors that could be seen as a suicidal threat or attempt. Frankness in talking about suicide can be key to open communication.

One place to start is by using questions to screen patients at risk for depression. Begin with a few general questions about how things are going in the patient’s life, for example, “Have you had any recent upsetting events in your life?” Depression should be considered in patients with substance abuse, or overdose, or self-inflicted injury. Family members, if they are present, can also be asked about changes in the patient's mood and behavior.

Because so many depressed individuals do visit medical providers at some point -- often for reasons apparently unrelated to their depression -- it is important that RNs be fully aware of and trained in their employers best practices for spotting and referring suicide risks. While it is a complicated and sometimes daunting task, that does not mean that it is out of reach for non-specialists. Continuing education in the subject is just one way to become more competent.

There are many excellent resources available to help RNs and even laypeople learn how to screen for suicide risk. Here are just a few:

Experts in the field recommend that screening procedures are accompanied by an evaluation of the patient's demographic, medical and personal risk factors, such as age, gender, personal, medical, and family history

- Be aware of your facility's established practice for evaluating, referring or treating a patient at risk of suicide.
- Take all threats or suicide attempts seriously, without expressing judgement or shock.
- Showing genuine concern and interest in the patient increases their openness to talk.
- Be frank and knowledgeable. As a healthcare professional you are in a position of trust and authority.
- Ask if there are supportive family members or friends that you or your facility can call.
- Have your referral resources ready, from outpatient counseling to facilities that can handle emergent situations in which a patient is in imminent danger of self harm.
- Document your assessment of the patient and provide information on why you felt intervention was appropriate.
- If you are in doubt, err on the side of caution, such as referral to a specialist for further evaluation.

Submitted By:
American Traveler
Categories:
Health and Wellness
Filed Under:
health and wellness